District at a glance

The district has almost flat topography, with gentle slope towards south and as this part is close to the northern bank of the river Brahmaputra, characterizing

Nalbari is a district where different religious people mainly Hindus, Muslim, Christians, Jains and Animistic (tribal religion) live in harmony. The different ethnic groups have been practicing their own religious activities peacefully.

The District of Nalbari is one of the economically backward districts of Assam as it is characterised by low per capita income, agricultural based poor Socio-economic infrastructure, and heavy percentage of rural population below the poverty line and poor industrialization. Agriculture occupies the most dominant position in the economy of Nalbari. Nearly 97 per cent of the district population lives in rural areas. According to the 2001 census report more than 71 per cent of the working force are engaged in agriculture and. its allied activities.

The population composition of Nalbari district is ethnically dominated by the Assamese, Bodo, Bengali, Nepali, Hindustani (people outside Assam). Linguistic uniformity brought greater harmony amongst the different ethnic groups who used to differ not only in their spoken languages, but also in their administrative organizations, customary laws, and social and societal institutions. Such harmony as is expected, has been at work positively in the growth of Nalbari despite the fact, that different groups maintain their identities. Inter-ethnic relationship within the district generally appears to be harmonious not only in the economic field, but also in social context. 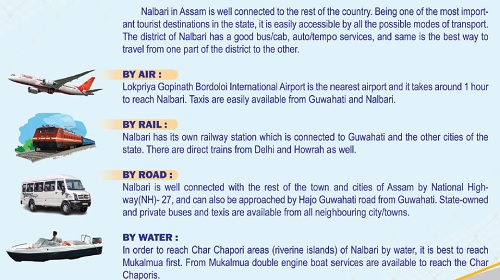 Where to Stay in Nalbari: 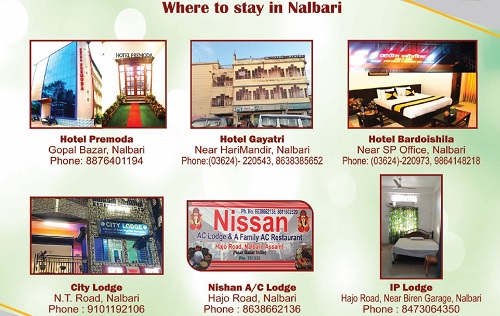 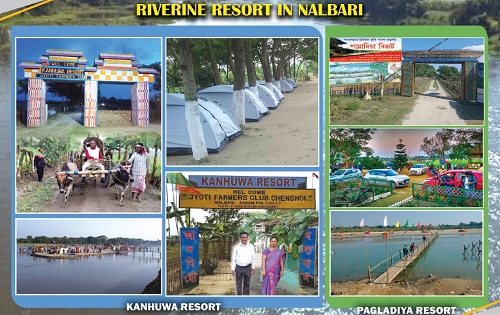 Some fine Dining Places in Nalbari: 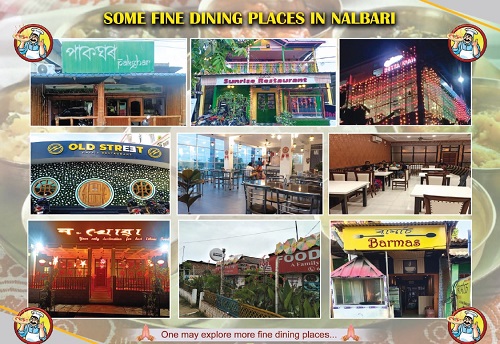 Pilgrimage some Religious Places in Nalbari: 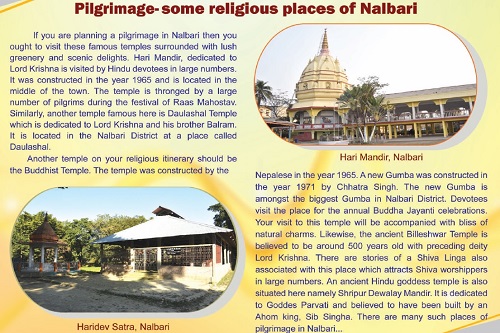 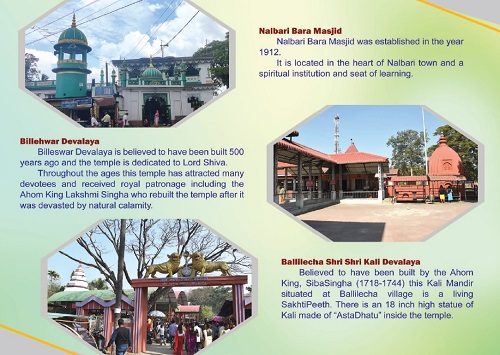 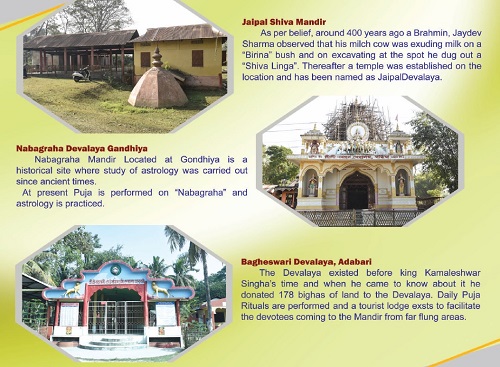